Ages and ages and ages ago (July 2014) I was in Berlin, alone, with time to spare. I heard about this tour you could do of the now abandoned Tempelhof airport which is right slap bang in the middle of the city. I have a fascination with pictures of abandoned places (Abandoned America is well worth a look), in particular places that were once bustling with people – theme parks, airports, shopping centres. I know that in reality this isn’t *quite* on that level given the place wasn’t crumbling at my feet, but there’s still something oddly eerie about the place.

They’ve turned the taxiways and runways into a public park and there were plenty of joggers making use of the facilities when I went, but a lot of the main airport is closed off. It also turns out that airports, even small city centre ones, are really quite large and I essentially got lost trying to find the meeting point for the bloody tour. I asked this woman at an ice-cream stall and she said “turn left!” so I did but it transpired she actually meant “turn right!”. Bollocks. I had all but given up trying to find the meeting place when I saw a gaggle of people in the distance and managed to get there in the nick of time as the tour began.

Here’s a collection of amateur photos on my phone. Apologies for the crap quality. 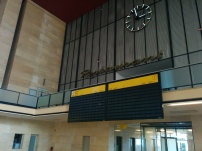 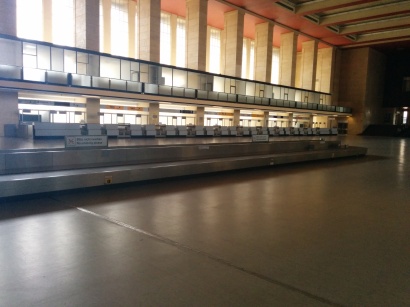 Bored passengers could go in the airport bar, restaurant (with great views of the airfield and no doubt their waiting planes) and a museum of flight.

Not only was Templehof a working commercial airport when it closed, it was also the home of the American air force in East Berlin and had a bowling alley, burger bar and basketball court as a result. 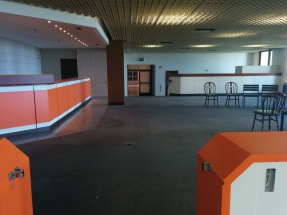 There were nuclear shelters deep underground with bizarre illustrations on the wall of God knows what. I assume they probably told a story? 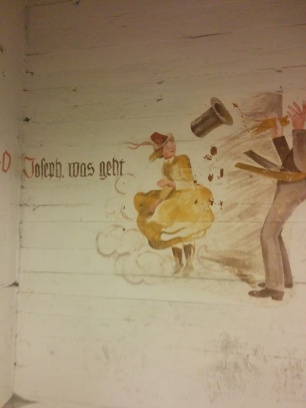 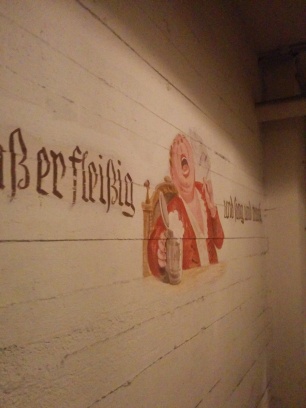 And this huge hall, above the main entrance. I think at one time it would have been one room but the entrance was renovated and this part left to rot. A real shame because I imagine it would have been quite the sight and ornately decorated once upon a time. 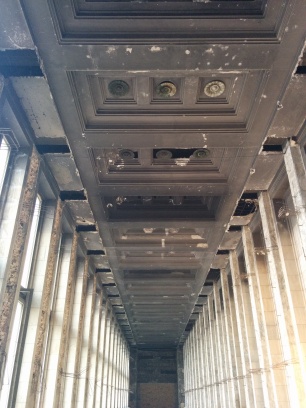 Other bits and pieces: 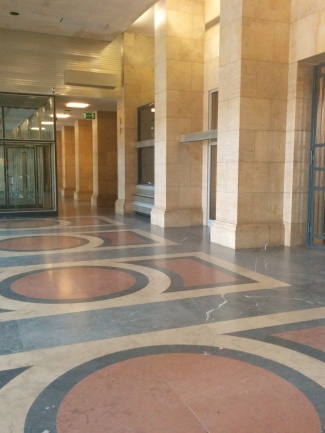 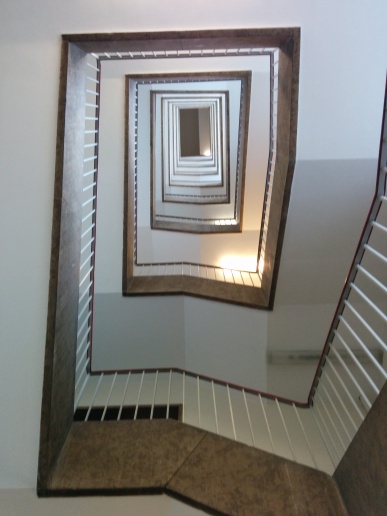 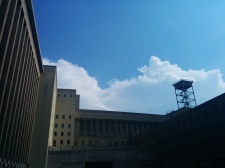