When I was younger I would quite happily be able to sit all day on one of the steps on the stairs and read. Morning, noon and night it was all I ever did. Sadly life and work gets in the way when you get older but this year I’m aiming to read more and get back into it properly. It doesn’t help that my concentration is now no where near what it used to be but I’d like to read a book every couple of weeks which seems like a reasonable goal. It’s not like I wasn’t reading last year, but the problem is I’ve forgotten half the stuff I’ve read even though some of it (and in particular the non-fiction) was really great. Much like the watchlist, I’m aiming to keep tabs on my reading. There’s also a load of links to articles and long reads at the bottom. Here’s January’s offerings:

Dirk Gently: The Long Dark Tea-time Of The Soul by Douglas Adams

I bought a set of the three Dirk gently books ages ago after enjoying Hitchhiker’s and loving the Dirk Gently adaptation on BBC Four. I thought I’d never got round to reading the first one so started that only to then discover I’d infact read it last year but had very little recollection of it (cc the post opener). I then dived into Dirk 2. It was an alright read, a little ploddy and slow in places but with enough interlinking layers to make it an interesting story. I found the ending a really disappointing pay off however, and it (without b 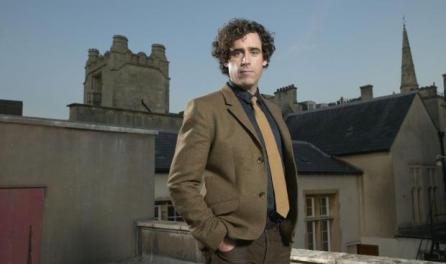 eing too dramatic) ruined the book for me. Other points:

A book warehouse to the trade closed near me not too long ago and had a public closing down sale and I spent two happy hours browsing the place. One of the things I picked up was an old edition of Granta and this story was in it. It’s brilliantly told, and is like peeling back the layers of an onion – you never know what’s going on and then little by little something new is revealed. It’s incredibly witty too. Alas, it never became a proper novel as intended and left me with many more questions than answers.

The Error World by Simon Garfield

I’m a big fan of Simon Garfield and have read a few of his books and his inside account of Radio 1 in the late 1990s is well worth grabbing a second hand copy of, particularly if you work in radio. Without getting all James Ward on your ass I do find a fascination in the “boring”, “dull”, everyday things that most people don’t give a second thought to. It also annoys me when people look down on those who collect things or have a great knowledge of specific items as if that’s really any different to being able to name every player in the Chelsea squad.

In this book, Garfield talks personally on one of his passions: stamp collecting, and in particular error stamps. This is one of the only worlds where the more incorrect, and ‘damaged’ an item is,

the more it’s worth. These are usually down to rare printing errors where the Queen’s head is missing, or a specific part of the design has not been printed. He talks about his search for certain stamps which he’s been longing for since he was a child and the eventual strain it had on his marriage. TEW is an incredibly personal book – less about stamps and more a memoir of Garfield’s life, the deaths that shaped him as a young man and the mistakes he acknowledges he’s made. This is one of Garfield’s great strengths, being able to present these subjects that most would describe as “dull” in an incredibly human way.

There’s lots of interesting titbits in the book as you’d imagine, but one that’ll stick with me is that the first Christmas stamp was based on a muslim! It was designed by a child who entered a Blue Peter competition and based the king’s face on her father. I’m sure Daily Mail readers would be thrilled by that knowledge. Also, Serena Williams is a philatelist – who knew?

Tintin: Cigars of the Pharaoh

I bought a complete set of Tintin on a whim last November and have been making my way through them when I have a spare moment or when I’m between books. They’re always very fast paced but the attention to detail in each slide is astonishing. This page from Tintin In America which I read last month doesn’t avoid political issues.

QUBE The interesting story of the first cable network in America, called Qube. It was interactive (!) and is largely forgotten.

Railways The most unusual stations on the British rail network

Bernie NRA Sanders How the NRA accidentally elected their enemy