Tender Is The Night by F. Scott Fitzgerald

My only exposure to Fitzgerald was studying The Great Gatsby at GCSE. I had purchased a couple of his books in a set at a discount at one point, and this is the first one I’ve gotten round to reading. This particular novel comes some twelve years after Gatsby and is viewed as semi-autobiographical, with parallels to his relationship with Zelda.

Tender Is The Night is at points difficult to follow, with so many characters already in play at the beginning I had no idea who anyone was between readings, or their relevance. To be honest I’m not entirely sure Fitzgerald did either. Eventually the number of characters is whittled down and the majority of the book deals with Dick, his wife Nicole and Rosemary’s influence. 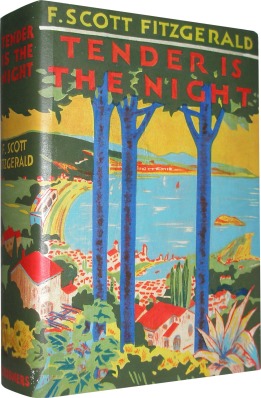 The time frame jumps around a fair bit and its only deep into reading a chapter that this becomes clear. Equally, many scenes are over written. Fitzgerald is a master of description but there’s often a lot of fluff too. Yet, his presentation of people is second to none. They are presented as mundane and fickle, and his understanding of the human psyche is tremendous. Fitzgerald also pinpoints the exact moments that a relationship changes or perception of people change perfectly – the one thing that causes a relationship or a friendship to change irreparably is crystal clear.

The women have character and personality and their own thoughts, although, admittedly, I’m not sure it would pass the Bechdel test. The presentation of mental illness and its understanding puts many people in the twenty first century to shame, however.

It’s a long novel, split into three books. Reading the first can seem like a drag with so much going on that seems increasingly irrelevant, but the whole things comes into its own from Book II onwards.

There’s so many moments and passages that I should have highlighted or marked as I read through, but here’s just a couple of things that resonated with me:

“once I knew a man who worked two years on the brain of an armadillo, with the idea that he would sooner or later know more about the brain of an armadillo than any one. I kept arguing with him that he was not really pushing out the extension of the human range – it was too arbitrary. And sure enough, when he sent his work to the medical journal they refused it – they had just accepted a thesis by another man on the same subject” Book II, Chapter 1

“There were other patients to see: an American girl of fifteen who had been brought up on the basis that childhood was intended to be all fun – his visit was provoked by the fact that she had just hacked off all her hair with a nail scissors. There was nothing much to be done for her – a family history of neurosis and nothing stable in her past to build on. The father, normal and conscientious himself, had tried to protect a nervous brood from life’s troubles and had succeeded merely in preventing them from developing powers of adjustment to life’s inevitable surprises” Book II, Chapter 14 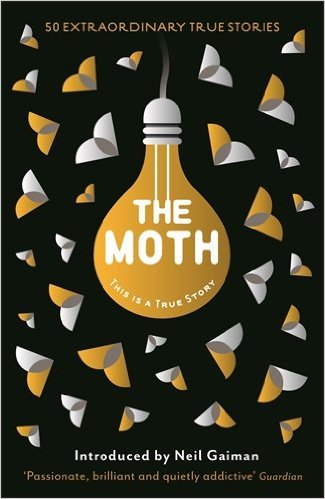 I’ve dipped in and out of The Moth podcast for years – it’s not one I’m subscribed to but I always enjoy it when I listen and when I was wandering around a book warehouse closing down there was a pile of these in the corner so nabbed one.  It’s a collection of stories told on The Moth – the creme de la creme, apparently – arranged into broad themes. Obviously some of the magic is lost when you the stories aren’t being delivered out loud but this is a really nice, light read and something you can dip in and out of.

The one overwhelming feeling I had while reading it though was that I haven’t lived. I haven’t got stories like these to tell, I still live in my childhood cul-de-sac and do the same routine everyday. Should I be living more? How do I do this? Am I meant to somehow arrange these often bizarre opportunities for myself, or wait for them to come to me? Obviously, being nineteen I *shouldn’t* necessarily have experienced life in all its forms and yet I did pine for some adventure while reading this book. I suppose that’s natural, but mentally speaking I’ve always been obsessed with the future. Every single moment I’m always thinking “will this make a good memory?” “will this make a good anecdote?” “how is this relevant to me in five or ten years?”. I haven’t got much of a past to dwell on, and my present is so boring that I can only sit and stew hoping the future will be better, more productive and more ‘fun’. Am I making excuses? Probably. The change starts with you, after all. We’ll see.

The Circle by Dave Eggers

I was going to write that this is clearly an important novel, but now I’m less sure. To Kill A Mockingbird is an ‘important’ novel, representing a slice of life that should never be forgotten. However, it’s set in the 1930s and was written in the 1950s (published 1960).

The Circle, on the otherhand, is an incredibly *relevant* novel. Only viewing it from a future perspective (here we go again!) would you be able to judge it as important, but I can easily imagine it being viewed in the same way George Orwell’s 1984 or Animal Farm are now. It’s set around San Francisco and the all encompassing and ubiquitous ‘Circle’ company which of course has many paralle 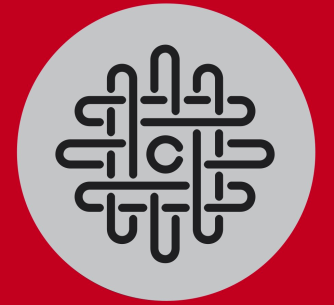 ls with Google, but combines elements of all our large technology corporations such as Facebook, Paypal and Amazon. It’s an odd one to try and place time-wise as Facebook is acknowledged but was at some point subsumed by The Circle, as I imagine were all the other companies.

Likes are smiles, dislikes are frowns, and posts are zings but everything feels very real throughout the novel. It’s all just one step away from where we stand now and as The Circle’s influence and power grows it questions our ability to almost be ‘brainwashed’, to accept things gradually and then wholeheartedly. Everyone is connected and people believe they have real influence – does ‘frowning’ against a far flung Government’s human right record help the issue? Circlers seem to think so.

For children growing up now they’ve never experienced a world without wi-fi, social media and easy access to knowledge and items online and a huge prevalence of internet connected devices. I grew up on the fringes – I’m older than Google, but remember a time at school where computers were still a commodity, and you used to huddle in groups around them to use Paint or PowerPoint. We didn’t get one at home until 2005 – I was 9, and it was an incredibly old model which a family friend was getting rid of – and I didn’t have home internet access until around 18 months later. Things were changing when I left, with the IT suites being completely overhauled and smart whiteboards and overhead projectors installed in every classroom.

And yet, I feel like technology has crept up on me and that it’s too late to turn back now. Of course, it *is* because so much of our daily lives relies on it but I’ve reached a point now where I don’t care. Some people obsess over our internet privacy, our lives being published for all to see and our data collected by firms. If I’d been worried about that to begin with I might have been more careful but now I have more online accounts than I care to remember (many of which lie dormant and forgotten, each company and site still holding my personal data and information) and more knowledge of my likes and preferences than I probably have. Algorithms and the like aren’t perfect yet of course, and neither are recommendations on streaming services and shopping sites, but they soon will be. It’s a reached a point now where I don’t care what I share and who knows what.

Although I rarely post on Facebook, The Circle encourages each of its users to be as active as possible – trolls can’t hide as each profile has a social security number and ID aligned with it, so there’s anonymity, and there’s rankings for your social performance. The way its presented in the book is initially hugely overwhelming, and as more screens and devices are given to Mae you feel breathless just reading it as she tries to keep tabs on everything that’s going on. However, she soon reaches a saturation point where she becomes used to it and doesn’t question its impact. That job lies with her ex-boyfriend and parents but Mae is oblivious to their warnings, she’s rising up The Circle chain and begins to have real influence on the companies direction. She believes that privacy shouldn’t exist, knowledge should be collective and everything accessible. Nothing should be deleted, everything exists in the cloud and is accessible and on record.

At each stage an argument is presented to show that The Circle’s next development is only seeking to improve our lives, to stop crime, expand democracy and help alleviate problems. It all seems reasonable, but its only when you take a step back you can see the true picture.

To think that The Circle was written four years ago seems astonishing – its ahead of its time, incredibly relevant and a must read. It acts as a warning but I doubt we’ll heed it.

A film adaptation is currently in the works.

Currently reading: The Man In The High Castle

A little light on these this month.

Zoe££a How Youtubers are stringing their fans along.

Copycat What do you do when you discover someone’s been republishing your books in their name?

In Man’s Image Imgur doesn’t get near enough as much press as other social media sites, but its community loves it. This traces its history.

Mulhernism Stephen Mulhern has been on telly for as long as I can remember, hosting CITV when I was a wee boy. I even had a Stephen Mulhern branded magic trick case, I seem to remember (?!)