I’ve been a little bit busier this month than usual so haven’t read as heavily, meaning there’s only really one thing worth telling you about…

Going To Sea In A Sieve by Danny Baker

I feel like Danny Baker is a name very familiar to people over 35 (to the point when some people basically worship at his feet) but with me he’s a man I’ve barely come across. I’m aware of his work but have never really listened to him, wasn’t around in the heyday of the 90s when he was at his peak and of course never watched him on his plethora of TV shows. In short, my introduction to Danny Baker has purely been through word of mouth and Cradle To The Grave, last year’s BBC Two sitcom. On a whim I purchased his first autobiography (the basis for the sitcom) having heard good things and I am incredibly glad I did. It is, hands down, one of the best autobiographies I’ve ever read.

It feels a bit odd to type the sentence ‘Danny Baker is a great, witty writer’ because I feel like I’m a guy late to the party who’s stating the obvious. He is though, capisce? Danny holds no qualms in not being massively modest or self deprecating, he knows he’s good at his job but has never forgotten where he came from. Going To Sea In A Sieve follows his early life in a council flat in 1970s East London and his adventures post school. He had so many adventures, so many jobs and met so many people in such a short space of time that I was around 70% of the way through the book when he suddenly mentioned his age again and was momentarily stunned: the events he details all happened pre-21! What a life to lead for a teenager and a far cry from the very life I am leading now, in a cul-de-sac in a sleepy market town. 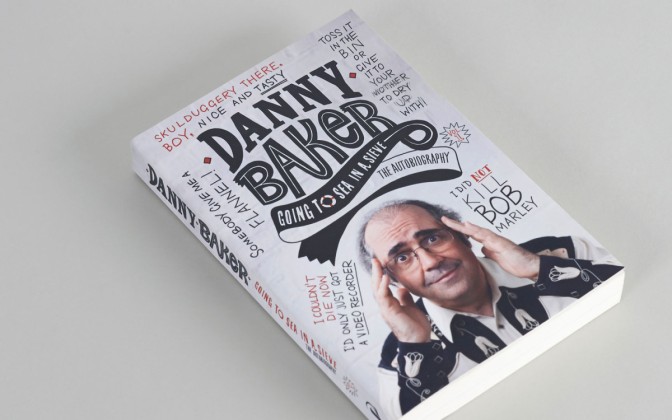 I appreciate you could always say “it’s your own fault if you’re not living a full life” and I can see your argument but with Danny he just happened to be living through his teen years in London. As a result at the time he didn’t appreciate how in the midst of cultural history he was. The number of famous musicians he met as they were climbing the ladder, the amount of incredibly rare vinyl records he came into contact with worth thousands of pounds now and the situations he found himself in. But, I suppose, that’s life really – you’re never truly aware of the good times you’re having until after the event.

This is an astonishing book and one I heartily recommend to everybody – I’ve read some really poor media showbiz autobiographies in my time (*cough* Scott Mills) but this incredible. I both want to read the second book, Going Off Alarming, immediately and also desperately want to save it as a treat for the future me after having read some terrible books.

What Are The Odds? Betting shops are incredibly prevalent on British high streets, often with the same company have numerous branches within spitting distance of each other due to gambling machine regulation. Rather than focussing on the customers this focuses on the overworked staff and the fatal consequences of company expansion and cost cutting.

Cbeebies A God-send for parents, this is a look behind the polka dot curtain of Britain’s most loved TV channel.

oOooOOOooo A look at the hidden profession from the perspective of someone who does it for a living – ghostwriting.

It’s Britney, bitch A public meltdown and a Las vegas residency: those are the headlines of the last decade but is she ready to reclaim her life for herself?

Sykeidelic Even with the might of Global behind him, Nathan Sykes has still struggled to forge a tangible career of his own and still lives in the shadow of his former boyband. This is his story of the transformation from 1 of 5 to 1 of 1.

Slave A better life in Scotland?